You are here: Home / Sermons / Why Jesus’ new way requires a change of heart and mind

Love your enemies and do not judge others. Difficult instructions from Jesus in Luke’s gospel, at Chapter 6. But did he mean it literally? Are we to take this completely seriously? Rev. Geoff McKee explains why Christians believe that a change of mind and a change of heart is not only possible but absolutely required through Jesus. He considers why Jesus’ new way requires a change of heart and mind that is extremely challenging but necessary.

Luke 6:27-38 (New International Version)
Love for Enemies
27 “But to you who are listening I say: Love your enemies, do good to those who hate you, 28 bless those who curse you, pray for those who mistreat you. 29 If someone slaps you on one cheek, turn to them the other also. If someone takes your coat, do not withhold your shirt from them. 30 Give to everyone who asks you, and if anyone takes what belongs to you, do not demand it back. 31 Do to others as you would have them do to you.

In June and July 1921 the small south Wales town of Abertillery was in shock.

Two young schoolgirls had been found murdered and a local fifteen year old adolescent had confessed to the murders and was subsequently jailed for life.

He was too young to be sentenced to death.

The murderer’s name was Harold Jones and, after serving twenty years for his crimes, he was released in 1941. He joined the Merchant Navy and, after the war, changed his name to Harry Stevens. He settled in London, married and had a daughter.

His past remained a secret to his family and friends and the authorities lost contact with him.

He appeared to have successfully begun life again, with a new identity. Certainly, here was a wonderful opportunity for him, having the slate wiped clean, to make a genuine fresh start.

Unfortunately, with the broadcast of a new documentary in January called ‘Dark Son: the Hunt for a Serial Killer’, it would appear that Jones could not leave his terrible past behind. It was possible to change a name but the leopard could not change its spots. I will leave it to you to follow that story up if you wish, it is not for us today.

But the issue of identity and a potential identity crisis is crucial.

We are all given a new identity in Christ Jesus.

We are required to live the new way and so we must be aware of what living that new way looks like – and then we must be determined to live it.

The parents were so worried about the extremes of optimism and pessimism in their boys they took them to the Doctor. He suggested a plan. “On their next birthday give the pessimist a shiny new bike, but give the optimist only a pile of manure.”

It seemed a fairly extreme thing to do. After all the parents had always treated heir boys equally. But in this instance they decided to try the Doctor’s advice. So when the twins birthday came round they gave the pessimist the most expensive, top of the range, racing bike a child has ever owned. When he saw the bike his first words were, “I’ll probably crash and break my leg.”

To the optimist they gave a carefully wrapped box of manure. He opened it, looked puzzled for a moment, then ran outside screaming, “You can’t fool me! Where there’s this much manure, there’s just gotta be a pony around here somewhere!”

Do we really believe that we can be changed by God?

Or are the forces of nature and nurture around us so powerful that we can never dream of being free from them?

Christians believe that a change of mind and a change of heart is not only possible but absolutely required. And so Jesus presented us with a new way.

Jesus made it clear what the new way demands and we tend to kick against it.

Who wants to be perfect anyway?

We all know this passage from the Sermon on the Plain very well. Some of the phrases first encountered in the Authorised Version of the Bible have come down into contemporary English:

The perfect rhythm and balance in the poetry seems sufficient; surely we’re not meant to take the content seriously, are we?

Maybe, you’re hoping I’m going to let you all off this morning!

For that has certainly been a tactic of the church through the ages. This is simply Jesus’ advice or this is the impossible goal that is set for us. Simply look to it and do the best you can.

Maybe even we suspect that Jesus might be simply wrong, but would never say that.

So we might try to explain Jesus’ words away.

Jesus was setting forth a set of values to which we might aspire.

They are impossible but that’s the point: by striving to attain them, we will live better than we would otherwise.

Jesus’ words reveal how impossible human righteousness is and so prepares us for the advent of grace.

Jesus was speaking to an old world, aspirationally. None of this will hold in the new world.

But isn’t it demeaning of Christ to make those assumptions when Luke’s Gospel repeatedly insists that Jesus meant exactly what he said: to follow Jesus means to do what he asks? “But I say to you that listen…”

A gale was raging. The waves, reaching the height of a five story building, rushed on him with a sound like roaring thunder. As his yacht plummeted down the face of a wave it hit something submerged in the water and turned upside down.

Tony, who had been sheltering in the two metre by three metre cockpit, found it had become his prison. As giant waves buffeted the boat, water poured in and out of a broken window, knee high at one end, waist high at the other. The air temperature was down to 2 degrees Celsius, and it was pitch black – the sun couldn’t penetrate the upturned yacht.

Twelve times, Bullimore left the cockpit in a vain attempt to release his life raft. Meeting with no success, he took refuge in his little cabin. Sitting inside the cold inky darkness, Bullimore had few rations – some chocolate and a device for making fresh water from salty sea. His fingers became frostbitten and Bullimore thought that he was going to die. The odds of being rescued seemed impossibly small.

For four long days Tony survived until late Wednesday night when a RAF plane located him and dropped an electronic probe next to his yacht. Bullimore could hear the faint pings and, with hope rising in his heart, started tapping on the hull to communicate to whoever was listening that he was alive. Early the next morning the HMAS Adelaide drew alongside and some sailors were dispatched to bang on the hull. Tony heard the banging, took a deep breath, and swam out through the wreckage of his yacht to meet them.

How did he feel at that moment?

Bullimore says: “When I looked over at the Adelaide, I could only get the tremendous ecstasy that I was looking at life, I was actually looking at a picture of what life was about. It was heaven, absolute heaven. I really, really never thought I would reach that far. I was starting to look back over my life and was starting to think, `Well, I’ve had a good life, I’ve done most of the things I had wanted to do’. I think if I was picking words to describe it, it would be a miracle. An absolute miracle.”

Reflecting on the experience later Bullimore told reporters “…Now that I’m getting a bit old there is one thing, and I don’t mind telling the world, I’ve become more human. In these last six days I’m a different person. I won’t be so rude to people, not that I was, but I’ll be much more of a gentleman and, equally, I’ll listen to people a lot more. And, as a dear old friend of mine, David Matherson, said when he had a heart attack – and I’ve never had a heart attack, I’ve got a strong heart, I hope I still have – he said that when he got over it and opened his window in his bedroom and he peered out and smelt the fresh air and all the rest of it, he said: ‘It was like being born all over again, life was great!’ Well that’s how I feel now, like being born all over again.”

It’s a radical change of perspective, brought from a change of identity, that’s needed.

Without it, none of Jesus’ teaching in Luke 6 is going to be taken seriously and lived.

May we know God’s help in all of this. 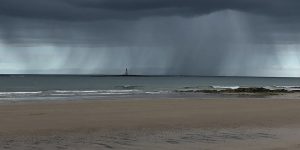 For the Fifth Sunday after Pentecost (05 July 2020), Rev. Geoff McKee concentrates again on a reading from Genesis. This time from the ‘big’ Chapter 24.

Abraham’s servant’s quest for a wife (Rebekah) for Abraham’s son, Isaac, is a prime example for us – an example of faithful living. Geoff discusses the characters of Isaac and Rebekah, as well as that of the unnamed servant. He also discusses what the story tells us about the nature of marriage and the significance of the phrase: ‘This thing comes from the Lord’.

Below, you will find the Scriptures, prayers, the audio sermon and a musical selection.