You are here: Home / Baptism / Why Christians must share the Good News of Jesus without partiality or prejudice

Rev. Geoff McKee’s Scripture for the Fifth Sunday of Easter (29 April 2018) is the story of Philip and the Ethiopian eunuch, from Acts of the Apostles (Acts 8:26-40). Geoff explains how the central message of this passage is not the “easy” one – about the Gospel spreading out to foreigners and foreign lands – but, instead, that the Good News of Christ is truly for everyone. And Christians must discard any partiality or prejudice in spreading that message.

Acts 8:26-40 (New International Version)
Philip and the Ethiopian
26 Now an angel of the Lord said to Philip, “Go south to the road—the desert road—that goes down from Jerusalem to Gaza.” 27 So he started out, and on his way he met an Ethiopian eunuch, an important official in charge of all the treasury of the Kandake (which means “queen of the Ethiopians”). This man had gone to Jerusalem to worship, 28 and on his way home was sitting in his chariot reading the Book of Isaiah the prophet. 29 The Spirit told Philip, “Go to that chariot and stay near it.”

30 Then Philip ran up to the chariot and heard the man reading Isaiah the prophet. “Do you understand what you are reading?” Philip asked.

31 “How can I,” he said, “unless someone explains it to me?” So he invited Philip to come up and sit with him.

32 This is the passage of Scripture the eunuch was reading:

“He was led like a sheep to the slaughter,
and as a lamb before its shearer is silent,
so he did not open his mouth.
33 In his humiliation he was deprived of justice.
Who can speak of his descendants?
For his life was taken from the earth.”

34 The eunuch asked Philip, “Tell me, please, who is the prophet talking about, himself or someone else?” 35 Then Philip began with that very passage of Scripture and told him the good news about Jesus.

36 As they travelled along the road, they came to some water and the eunuch said, “Look, here is water. What can stand in the way of my being baptised?” [37] 38 And he gave orders to stop the chariot. Then both Philip and the eunuch went down into the water and Philip baptised him. 39 When they came up out of the water, the Spirit of the Lord suddenly took Philip away, and the eunuch did not see him again, but went on his way rejoicing. 40 Philip, however, appeared at Azotus and travelled about, preaching the gospel in all the towns until he reached Caesarea.

The following open letter was published in the lead up to the Southern Baptist Convention in the USA in June 2014, when a motion would be proposed condemning transgender identity.

I know that you are considering passing a resolution against transgender identity this week at your meeting in Baltimore. In anticipation of this vote, I write to you as a fellow believer in our Lord Jesus Christ, the saviour of the world, the person to whom I have given my heart and soul and whom I spend my life serving.

I was raised Southern Baptist in Stanly County, North Carolina, in a devoted Christian family.

My dad grew up in Nigeria, the son of Southern Baptist missionaries who taught there. The theology and worship of my Southern Baptist church was a core part of my identity as a child, and in many ways, it continues to form the person I am today.

Growing up, I was desperate to be a good Christian and to earnestly give my life, my heart, and my soul to the Lord. I was also trans. I knew I was a girl from a very young age, even though the world saw me as a boy. It wasn’t easy. I fought against this. I fought with every tool I had. I prayed and I prayed and I begged.

I went through the act of being saved over and over, thinking each time that if I was perfectly contrite and sorrowful, Christ would save me from being trans, from being a girl.

When I was about 16, I was on a youth retreat up near Liberty University. My youth group was staying in cabins out in the woods. At one of the evening praise and worship times I fell down on the floor praying that God would fix me. My minister prayed over me. I hoped, I hoped incredibly hard that that would be the moment where I was fixed, but of course it wasn’t.

I couldn’t “fix” being trans because it’s how God created me.

Isn’t it the role of Christians to minister with those who are excluded and marginalised?

I ask you, as fellow believers, to join with us in the Episcopal Church and other traditions as family in standing with trans and gender non-nonconforming people rather than against us.

Don’t make the world harder for trans folks. Instead, let’s explore together the ways that our gender, in all its beautiful diversity, is a blessed gift from God.

Thank you for listening.

Your sister in Christ, Vivian Taylor”

In March this year, the Church of Scotland published a pastoral aid resource entitled: “Diverse Gender Identities and Pastoral Care”.

This was with the intention of offering support to ministers and members of the Church of Scotland, to inform and to assist those offering pastoral care.

Now, you may wonder, in our series of sermons on the Acts of the Apostles texts offered to us by the lectionary at Easter, what this subject has to do with the text before us today.

Well, I would want to emphatically state – everything.

…or, if not missing the central issue, then only glancing past it.

I can remember this story being read to me in Sunday School and the emphasis was very much on the Ethiopian element of the story.

The man in the chariot was an Ethiopian. He was a foreigner.

He was very likely a Jewish exile or convert and that was by no means unusual in the ancient world. The Jewish diaspora had spread far and wide after the upheavals of exile in the centuries past. There were thriving Jewish communities in Egypt for example. That was not made clear to me as a child and so I understood the story in terms of the gospel spreading out through national boundaries by the faithful witness of the apostles and, of course, that is perfectly true.

But it’s not the central issue.

In fact, the so-called Gentile Pentecost is recorded in Acts 10, when the emphasis is clearly on the gospel moving to the Gentile world. That is yet to come in Luke’s story at this point (Luke being the author of Acts).

A closer reading of the text will leave us in no doubt what the issue is.

We are told that the Ethiopian was a eunuch. That fact is not simply an interesting aside.

Eunuchs would usually be servants or slaves who had been castrated in order to make them reliable servants of a royal court where physical access to the ruler could wield great influence.

Seemingly lowly domestic functions—such as making the ruler’s bed, bathing him, cutting his hair, carrying him in his litter, or even relaying messages—could in theory give a eunuch “the ruler’s ear” and impart de facto power on the formally humble – but trusted – servant.

We learn that the Ethiopian eunuch was in charge of the treasury of the queen of Ethiopia. His a-sexual nature would perfectly suit the trust required of a man in his situation.

And here comes the telling point.

When Philip arrived at his chariot, the eunuch was reading from Isaiah 53:7-8.

It’s interesting that reading, back then, was always audible – out loud. There was no such thing as the skill of reading into oneself until monks perfected it in the fifth century AD.

So Philip heard the words and – no doubt – the angst of the cruelly emasculated man, as he read them.

“He was oppressed, and he was afflicted, yet he opened not his mouth: he is brought as a lamb to the slaughter, and as a sheep before her shearers is dumb, so he openeth not his mouth.”

This man had been cruelly sheared.

He would have been deeply aware of the words of Deuteronomy 23:1 –

“No one who has been emasculated by crushing or cutting may enter the assembly of the LORD.”

Here was such a man, returning from the assembly of the Lord in Jerusalem. He had not given up on his faith but we can feel the personal angst in his question to Philip about the Isaiah passage – “about whom, may I ask you, does the prophet say this, about himself or about someone else?”

And of course it was, but not in the way that the eunuch thought it was.

Isaiah would go on in his prophecy to state: “For this is what the Lord says:
“To the eunuchs who keep my Sabbaths,
who choose what pleases me
and hold fast to my covenant—
to them I will give within my temple and its walls a memorial and a name
better than sons and daughters;
I will give them an everlasting name
that will endure forever.”

That everlasting name would be immortalised through the name, Jesus Christ: the good news of Jesus Christ.

The good news for the eunuch was that Jesus was led to the place of exclusion and humiliation.

The place that the eunuch knew – and could do nothing about.

There, Jesus endured and overcame, in order that the eunuch would overcome too.

And, to celebrate the reality of that new start, he saw the water and asked for baptism. It was Philip’s joy to help him and send him on, in the same joy.

“You will receive power when the Holy Spirit comes on you; and you will be my witnesses in Jerusalem, and in all Judea and Samaria, and to the ends of the earth.”

“To the ends of the earth” is both literal and metaphorical.

We are to share the good news without partiality and prejudice and only in that manner can we remain faithful to the one who was excluded and humiliated for us.

To their shame, on 10 June 2014, the Southern Baptist Convention passed the resolution condemning transgender people.

May God challenge our hearts. 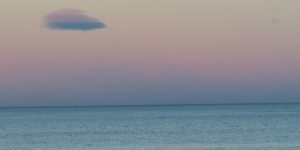 The virtual service for 17 January 2021 is available on this page. It is the Second Sunday after the Epiphany.

The service includes scripture readings, prayers, a sermon and, below the video further down, a musical selection chosen by Kath Robertson.

The sermon is based on the text from John’s Gospel and that Bible passage set out below for you. It is the story of how Jesus called Philip and Nathanael as disciples.

Rev. Geoff McKee contrasts different commentators’ views and reflects on whether meagre expectations of life serve us best or, as he argues, if we’re not expecting so much more than that then we cannot live as we have been made to live.