Roger’s life story and powerful testimony will be enhanced and illustrated by songs from several musicals, with members of St James’ Church Praise Group and the Lossie Singers.

In the 1970s, Roger Jones ran out of music for his Secondary School Choir. He needed some music for Easter, and began writing a song about Jesus riding into Jerusalem on a donkey on Palm Sunday. This song – ‘Jesus rode a donkey into town’ was joined by others and became the musical ‘Jerusalem Joy’. Over the following years Roger wrote several more musicals for school and received some requests to write musicals for special events and organisations including the Bible Society, Christian Endeavour and the Sunday School Movement.

Alongside this growth in composing, Roger and his family became more and more involved in Holy Spirit renewal in Birmingham, particularly while based at Christ Church, Burney Lane, with vicar Peter Lawrence. They formed and helped to lead the ‘East Birmingham Renewal Group’ (EBRG) alongside Peter, and this was instrumental in Roger’s spiritual growth and development.

In 1984, EBRG prayed together, and encouraged Roger to give up teaching and go full time as director of Christian Music Ministries.

It was a big step of faith as Roger and Mary now had four children to support, but God has been so gracious and provision has always been found.

Working full time as director of CMM freed Roger to compose, but also to develop his ministry to the churches he encountered through the musicals.

With a growing team of volunteer associate musicians, he began teaching on music and worship and brought out a collection of songs called ‘Ways to Praise’. A second collection called ‘Precious and Honoured’ was later released as Roger began to bring his passion for healing and life in the Spirit more into the forefront of his ministry.

Starting with ‘Greater than Gold’ in the 1980’s, Roger and a team began a pattern of touring the UK with new musicals as they were released.

Each venue provided a large choir, and CMM would bring soloists, dancers, instrumentalists, technicians and a backstage crew.

These tours every two to three years continued right through to 2008 with ‘Rock – the story of Simon Peter’.

The musicals do not just tell a story – they are filled with worship, including psalm settings and retuned hymns.

Over the years, choir members have also learned how to improvise in worship at key moments in the musicals, and soloists have been encouraged to sing out words from the Lord.

Since the finale of Rock at Symphony Hall Birmingham with a choir of over 1000 voices, Roger has continued to compose musicals.

CMM has also released many collections of songs and choral anthems.

Roger’s son Tim has become a partner in charge of products and sales.

Alongside colleagues Annie Routley and Helen Pollard, Roger released two books called Worship Works and Spirit Works, and continues to lead days and weeks based on these two books as well as musical-in-a-day events. 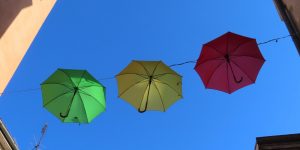