The Lossiemouth Northern Lights Community Film Project is now at an exciting stage and is on course for being shown to the public at 7pm on 31 October 2015 at St James’ and at a matinee on 07 November at St Gerardine’s.

We have had wonderful support and interest from the people of Lossiemouth. The team have had great fun and we have made many new friends.

Work on dance and our original music has just begun. The film features some great music including The Beacon by Iain MacGillvary and 5 new songs by Trevski.

I have been most fortunate to have such a dedicated and hard working young team and I cannot praise them highly enough. Together we have achieved far more than I had initially thought possible, due to their talent and enthusiasm.

It is going to be very difficult to edit the material for the film as everyone who has contributed has told a fascinating story, illuminating different facets of life in the town. We have attempted to capture some of this Summer’s highlights, such as

It will be lovely to enjoy these bright days of Summer again when the film is screened in the Winter evenings. 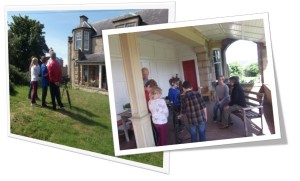 In essence, this film is for and about the wonderful town and people of Lossiemouth, past and present. It therefore needs to be screened as a social gathering accompanied by an exhibition of the material gained.

To that end, we are delighted that Moray Golf Club have generously offered to host a fund-raising premiere event in support of the project.

The film will have its first evening public screening with exhibition at St James’ Church, Lossiemouth, at 7pm on 31 October. A matinee screening and exhibition will be shown at 10.30am on 07 November at St Gerardine’s Church.

Tickets for both social events will be on sale from 06 September in Buckleys and Deli-cious, both Queen Street, Lossiemouth, or from members of St. James’ Church Praise Group.

So get your tickets early and don’t miss the boat!! 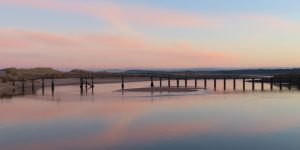