You are here: Home / Sermons / How one human being brings meaning and purpose to all the rest

Rev. Geoff McKee explains why Psalm 8 such an appropriate and powerful text for Trinity Sunday (16 June 2019). It is the one human being – Jesus – that brings meaning and purpose to all the rest. Our God is revealed as one God in three persons: Father, Son and Holy Spirit – and it is the relationship between the Son and the Father that establishes the possibility of our transformation.

For the director of music. According to gittith. A psalm of David.
1 Lord, our Lord,
how majestic is your name in all the earth!

You have set your glory
in the heavens.
2 Through the praise of children and infants
you have established a stronghold against your enemies,
to silence the foe and the avenger.
3 When I consider your heavens,
the work of your fingers,
the moon and the stars,
which you have set in place,
4 what is mankind that you are mindful of them,
human beings that you care for them?

5 You have made them a little lower than the angels
and crowned them with glory and honour.
6 You made them rulers over the works of your hands;
you put everything under their feet:
7 all flocks and herds,
and the animals of the wild,
8 the birds in the sky,
and the fish in the sea,
all that swim the paths of the seas.

9 Lord, our Lord,
how majestic is your name in all the earth!

“God made the angels to show His splendour – as He made animals for innocence and plants for their simplicity. But men and women He made to serve Him wittily, in the tangle of their minds.”

So said Sir Thomas More in Robert Bolt’s A Man for all Seasons.

We are unique in creation because we have the capacity to contemplate its wonder.

And glimpse ourselves in relation to God’s awesome splendour.

The psalmist, David, gazed at the heavens above and was amazed at its size and mystery. If only he had known that he saw about 0.001% of the 100 billion stars in the Milky Way, he might have felt a good bit smaller still! Then he heard the babies cry and the children loudly play and was lost in wonder at their exploration of sound and action; discovering and being inspired by the endless possibilities that being human offers. The bringing together of the heavenly glory and the calls of a child or infant might seem strange to us but God delights in such a drawing together.

The story is told of a mother who wanted to encourage her young son’s progress at the piano.

She bought tickets for a performance by Paderewski, the famous Polish concert pianist.

When the night arrived they found their seats near the front of the concert hall and eyed the majestic Steinway waiting on stage.

Soon the mother found a friend to talk to and the boy slipped away.

When eight o’clock arrived, the spotlights came on, the audience quietened, and only then did they notice the boy up on the piano stool, innocently picking out “Twinkle, Twinkle, Little Star.”

His mother gasped in horror but, before she could retrieve her son, the master appeared on stage and quickly moved to the piano.

“Don’t stop – keep playing” he whispered to the boy.

Leaning over, Paderewski reached down with his left hand and began filling in a bass part. Soon his right arm reached around the other side, encircling the child, to add a running obligato.

Together the old master and the young novice held the crowd mesmerised.

In our lives, unpolished though we may be, it is the Master who surrounds us.

He whispers in our ear, time and again, “Don’t stop – keep playing”.

And, as we do, he augments and supplements until a work of amazing beauty is created.

For us, the wonder is that he has chosen to work with us. Sometimes when we’re struggling and feeling a bit sorry for ourselves we might ask, “God, why me?”

Here, David, from a completely different angle asked, “God, why us?” Why are we so special that we gain this privilege?

And the answer to that question is not at all apparent in the Psalm. Instead, we are left marvelling at our fortune to the extent that recognition and praise must return to God.

We have to go elsewhere to receive the key to unlock the fullest Christian understanding of the dynamic of our privilege.

We read the following in the New Testament book of Hebrews chapter 2, and verses 5 to 9.

“It is not to angels that he has subjected the world to come, about which we are speaking. But there is a place where someone has testified:
“What is mankind that you are mindful of them,
a son of man that you care for him?
You made them a little lower than the angels;
you crowned them with glory and honour
and put everything under their feet.”
In putting everything under them, God left nothing that is not subject to them. Yet at present we do not see everything subject to them. But we do see Jesus – who was made lower than the angels for a little while – now crowned with glory and honour because he suffered death, so that by the grace of God he might taste death for everyone.”

Here, we find the writer of the Hebrews directly quoting from Psalm 8.

He refers to the importance of human beings in God’s creative work.

The writer does something special.

He understands humanity not through the reference of humanity in general but through one human being, Jesus Christ. It is the one human being that brings meaning and purpose to all the rest.

The divine act of the exaltation and coronation of human beings that David pondered in the Psalm is seen perfectly manifested in Jesus. It is only Jesus who can truly claim the mantle which was bestowed on all and in God’s re-creation of the world and cosmos; it is Christ who bears the honour and bestows it on humanity in turn.

How does that work?

Well, it can only work through the divine relationship that exists in God. Our God is revealed as one God in three persons; Father, Son and Holy Spirit and it is the relationship between the Son and the Father that establishes the possibility of our transformation.

Remember Philip’s request to Jesus in John 14, to show us the Father? Jesus answered: “Whoever has seen me has seen the Father… do you not believe that I am in the Father and the Father is in me?”

Jesus explained that the works he does are the works of the Father who dwells in him. In other words, the image that the Son bears is that of the Father; thus the Son’s work is intended to reveal the person of the Father.

Furthermore, it became Jesus’ goal to reconcile humanity to his Father through the power of the Holy Spirit; that what was clear in him was manifest through us.

So the triune God has established the true worth of humanity through his own nature and work, all of which makes Psalm 8 such an appropriate and powerful text for Trinity Sunday.

A newly-appointed minister went to visit the home of a member of his congregation.

Upon arriving there, the minister discovered his host was an avid gardener, and was only too delighted to show his minister around the garden, a magnificent sea of greens, purples, blues, whites, yellows and pinks.

Wanting to set the relationship off on a strong, positive note, the minister commented, “Praise God for the beauty of his handiwork”.

But his host replied in a somewhat offended tone, “Now minister, don’t go giving all the credit to God. You should have seen this garden when the Almighty had it to himself!”

The gardener in fact had very good theology.

God has designed the world in such a way that God works in partnership with us, and we with God, to achieve God’s ends. He has made us a little lower than God, and crowned us with glory and honour.

O Lord, our Lord, how majestic is your name in all the earth! 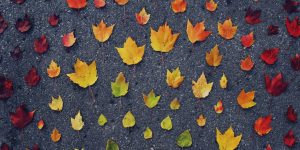 We have set Sunday 24 October 2021 aside as a special ‘Creation Sunday’ service in the lead up to the COP26 Conference in Glasgow.

We focus our attention on God’s Creation and our role as its guardians.

Below, you will find the main Bible text for today – Psalm 24 – together with the Order of Service, the Video of the Service, led by Rev. Geoff McKee. and a musical selection by Katherine Robertson, our Musical Director.