But it does not just happen to young people; it happens to nations and even churches. Countries look at what other countries have got and decide they want it too, which often starts a war. Even churches can look enviously at other churches and say “We want that” – even if it is entirely inappropriate. END_OF_DOCUMENT_TOKEN_TO_BE_REPLACED

It is a reminder to us that what we do here is not about us. It is not about what makes us feel good or what we can take away to support us through the week. Worship is about God and God alone. END_OF_DOCUMENT_TOKEN_TO_BE_REPLACED

I believe that, on this Pentecost Sunday, this renewal by the empowering of the Holy Spirit is the most crucial thing that we need at this time. END_OF_DOCUMENT_TOKEN_TO_BE_REPLACED

We are delighted to welcome Roger Jones and his Christian Music Ministries team to St James again – for the 5th time, in fact – as we participate in another of his wonderful musicals. END_OF_DOCUMENT_TOKEN_TO_BE_REPLACED

Jesus is alive, we claim.

In some traditions, we should have opened every service between Easter and Pentecost with the minister proclaiming: ‘Christ is risen’, with you, the congregation, shouting back (not just murmuring under your breath): ‘Alleliua!’

But on what basis do we make that claim? END_OF_DOCUMENT_TOKEN_TO_BE_REPLACED 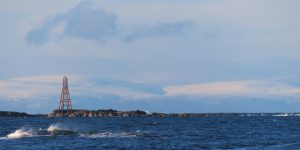 The main Biblical text for today is from the Old Testament Book of Malachi. It was written at a time when, across the land, the blame for the unacceptable state of society fell on the foreigners, the migrants and on the poor and the weak.

How lucky we are to live in more enlightened (!) times…

Malachi 3:1-4 (New International Version)
3 “I will send my messenger, who will prepare the way before me. Then suddenly the Lord you are seeking will come to his temple; the messenger of the covenant, whom you desire, will come,” says the Lord Almighty.

2 But who can endure the day of his coming? Who can stand when he appears? For he will be like a refiner’s fire or a launderer’s soap. 3 He will sit as a refiner and purifier of silver; he will purify the Levites and refine them like gold and silver. Then the Lord will have men who will bring offerings in righteousness, 4 and the offerings of Judah and Jerusalem will be acceptable to the Lord, as in days gone by, as in former years.