You are here: Home / Sermons / Be swallowed up by fear and remain silent or believe and speak out?

The Lord Christ is risen!
He is risen indeed. Alleluia!
This is the day that the Lord has made;
let us rejoice and be glad in it.

Main scripture for this week

Mark 16:1-8 (New International Version)
Jesus Has Risen
16 When the Sabbath was over, Mary Magdalene, Mary the mother of James, and Salome bought spices so that they might go to anoint Jesus’ body. 2 Very early on the first day of the week, just after sunrise, they were on their way to the tomb 3 and they asked each other, “Who will roll the stone away from the entrance of the tomb?”

4 But when they looked up, they saw that the stone, which was very large, had been rolled away. 5 As they entered the tomb, they saw a young man dressed in a white robe sitting on the right side, and they were alarmed.

6 “Don’t be alarmed,” he said. “You are looking for Jesus the Nazarene, who was crucified. He has risen! He is not here. See the place where they laid him. 7 But go, tell his disciples and Peter, ‘He is going ahead of you into Galilee. There you will see him, just as he told you.’”

8 Trembling and bewildered, the women went out and fled from the tomb. They said nothing to anyone, because they were afraid.

Footnotes
Mark 16:8 – Some manuscripts have the following ending between verses 8 and 9, and one manuscript has it after verse 8 (omitting verses 9-20): Then they quickly reported all these instructions to those around Peter. After this, Jesus himself also sent out through them from east to west the sacred and imperishable proclamation of eternal salvation. Amen.

See what a morning by Stuart Townend/Keith Getty.

WHAT A GLORIOUS MORNING.
HE LIVES!
CHRIST HAS RISEN FROM THE DEAD! 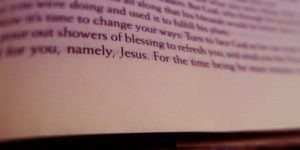