You are here: Home / Archives for 2

So why are we here? Is it simply because God wants us to make this world a better place by our presence? END_OF_DOCUMENT_TOKEN_TO_BE_REPLACED

But it does not just happen to young people; it happens to nations and even churches. Countries look at what other countries have got and decide they want it too, which often starts a war. Even churches can look enviously at other churches and say “We want that” – even if it is entirely inappropriate. END_OF_DOCUMENT_TOKEN_TO_BE_REPLACED

It is a reminder to us that what we do here is not about us. It is not about what makes us feel good or what we can take away to support us through the week. Worship is about God and God alone. END_OF_DOCUMENT_TOKEN_TO_BE_REPLACED

I believe that, on this Pentecost Sunday, this renewal by the empowering of the Holy Spirit is the most crucial thing that we need at this time. END_OF_DOCUMENT_TOKEN_TO_BE_REPLACED

We are delighted to welcome Roger Jones and his Christian Music Ministries team to St James again – for the 5th time, in fact – as we participate in another of his wonderful musicals. END_OF_DOCUMENT_TOKEN_TO_BE_REPLACED 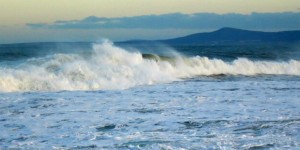